County representatives are elected by producers of the county they live in. The elections are based on a 4 year rotation. The North Dakota State University Extension is required by the North Dakota Century Code to conduct elections for the Corn Council. County elections may be held in conjunction with an event such as a county crop improvement day or as a separate meeting. County extension agents conduct the elections and canvass the votes. After being elected a county representative, the representative from each county in the 7 Corn Council districts shall elect one amongst themselves to serve as the Corn Council member from that district. 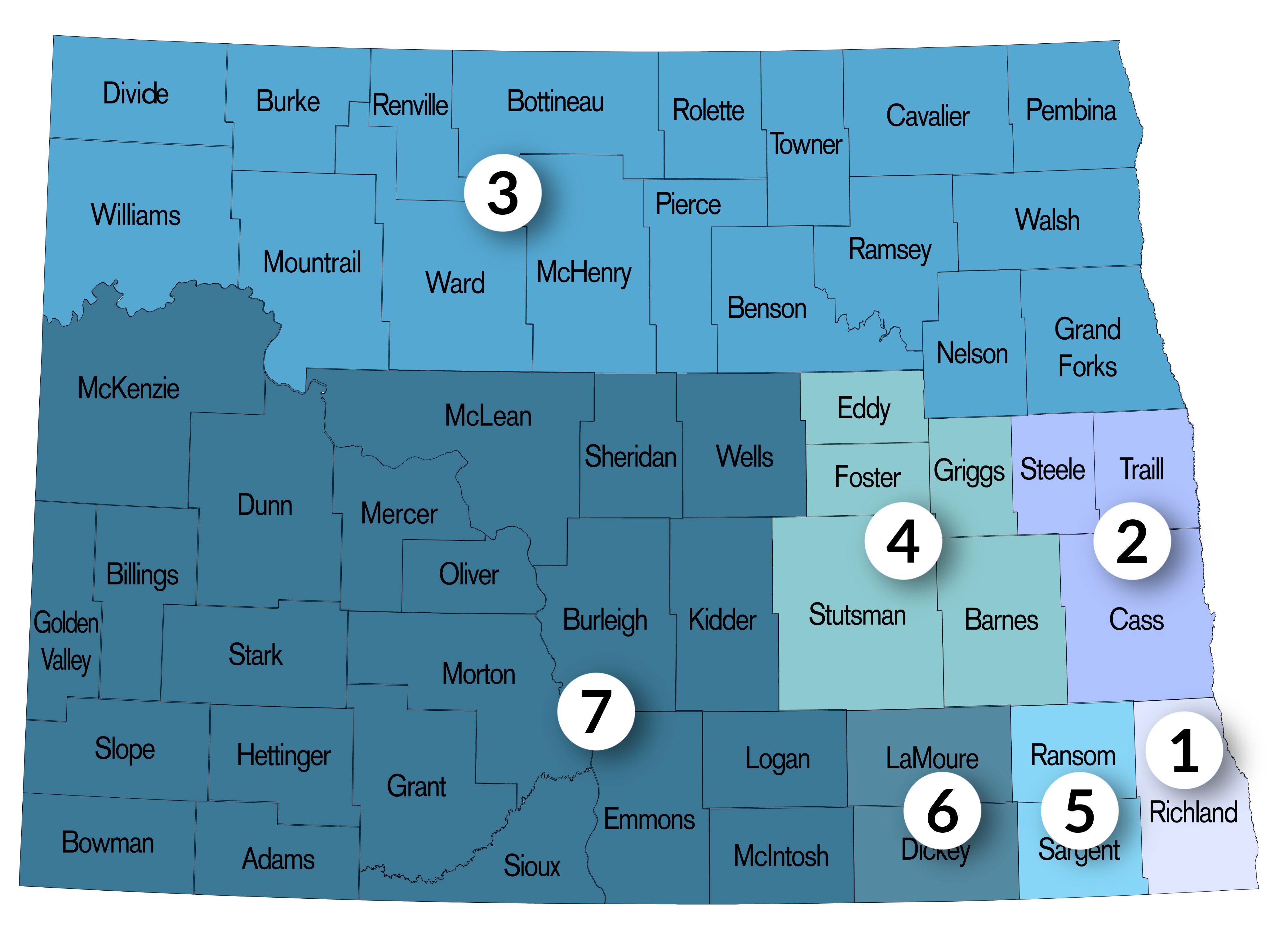