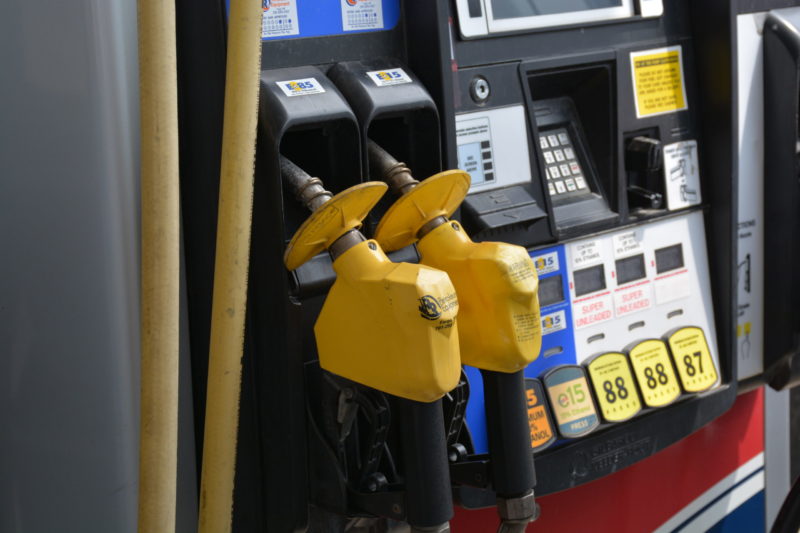 Ethanol is grain alcohol produced from renewable sources, such as corn. It is a clean-burning fuel blended with gasoline to reduce harmful emissions and increase the octane of the fuel. The most common blends of fuel containing ethanol are E10, E20, E30 and E85 with the “E” representing the percentage of ethanol. E10 is safe to use in all vehicles and higher blends are suitable for flex fuel vehicles. North Dakota is a national leader in offering consumers a choice at the pump by installing more than 200 blender pumps across the state as a result of the North Dakota Biofuels Blender Pump Program.

The 3 E’s of Ethanol

Unleaded 88 (U88) is a blend of 15% ethanol and 85% gasoline that burns cleaner and has higher octane that’s better for your engine, environment, and wallet. It’s approved for all cars 2001 and newer and American drivers have already logged nearly 20 billion miles on it. U88 burns cleaner and is higher-octane than regular gasoline so it also enhances engine performance. U88 can save you up to 10 cents per gallon at the pump versus conventional gasoline, providing you better value.

Unleaded 88 is a great choice for all cars model year 2001 and newer (equivalent to nine out of 10 cars on the road today). Under federal law, some small equipment should not be fueled with higher ethanol blends which is why all pumps are clearly labeled. Standard E10 ethanol blends are approved for use in all small equipment engines, including motorcycles, boats, and outdoor power equipment. Read more about ethanol and your small gas engines below.

What Mechanics Are Saying

We have seen great success offering Unleaded 88 to our customers. Once they understand that they are getting more octane for less money, they continue to reach for it at the pump again and again. We also take pride in offering Unleaded 88 because it is kinder to the earth. It burns cleaner and reduces harmful emissions.

Nine out of 10 cars on the road – any car model from 2001 or newer – can use U88 (E15) to keep their engines revving. U88 is a high-performance fuel, with a naturally high octane that burns cleaner and cooler than regular gasoline.  Americans are already driving a million miles a day on U88 and reaping these benefits every day – join them and see for yourself. Find a station offering U88 (E15), or other ethanol blends using the link below!

All small engine manufacturers in the United States approve the use of E10 (10 percent ethanol, 90 percent gasoline) in their equipment. A 10 percent ethanol blend is found in more than 95 percent of gasoline sold in the U.S. today. Manufacturers build products with the proper components to run on E10. For more information on E10 approvals by marine engine, motorcycle, off-road and small engine manufacturers visit the Renewable Fuel Association’s website. Learn more about ethanol and your small gas engines here.

Corn is the third-ranked acreage crop in North Dakota, and much of it goes to ethanol production.

A North Dakota businessman is one of ethanol’s biggest promoters. AgWeek TV’s Mikkel Pates talked to him about what fuels his support of ethanol.

Ethanol growth is a key factor in keeping corn farmers profitable. But as AgWeek TV’s Mikkel Pates found, ethanol promoters say there is plenty of room for growth, both in the U.S. and overseas.