The North Dakota Corn Growers Association is hiring a growers services specialist to serve corn growers across the state.  Responsibilities are varied with main emphasis being communications, social media, layout and design of publications, correspondence with grower members, special events, membership, and financials.

Preferred background and experience: Bachelor’s degree in communications or an agriculture-related field, at least one year of professional career work experience is preferred, especially in a member association or in the agriculture industry. Required experience in writing, design and layout of graphic and promotional materials, and business correspondence. Knowledge of InDesign helpful. Preferred experience working with boards and the public. Effective communicator and presenter in both written and oral form; ability to plan, direct and coordinate events; work with producers, vendors, commodity groups and other organizations as necessary. Strong interpersonal and organizational skills required. Ability to think creatively and develop innovative ideas and approaches. Effective time management skills, including balancing a variety of daily and longer-term projects and demands. Ability to travel in-state and domestically to attend conferences, training, and other events as required to acquire and maintain proficiency in fulfilling the responsibilities of the position.

This position is responsible for making decisions fulfilling a variety of different roles; including but not limited to: the planning of events and meetings; marketing, communications, media and public relations; strategies for executing plans established by the board and executive director; as a professional, operates independently with direction and executes strategies and methods to achieve goals of the Association. Perform other duties as directed by the Executive Director of NDCGA.

With the new Administration and Congress, there have been numerous changes in direction and approaches to federal policy issues that are vital to producers. In response, NDCGA is hosting a Webinar to provide a federal policy update, featuring NDCGA lobbyist Jim Callan, Also joining will be National Corn Growers Association (NCGA) Directors of Public Policy Colleen Willard and Wayne Stoskopf.  Also welcomed are staff member invitees from ND’s congressional offices of Senator Kevin Cramer, Senator John Hoeven, and Representative Kelly Armstrong to provide insight.

Topics that will be covered include the following:

There will be a Q&A time set aside at the end of the hour as well.

Limited to ACTIVE members only!

We had a great turnout of members and board members who attended our 2021 Legislative Session Recap Report webinar on Thursday morning.  NDCGA would like to extend a huge thank you to the state legislators who joined the call: Representative Paul Thomas, Representative Dennis Johnson, Representative Mike Brandenburg, and Senator Terry Wanzek.

Below is a brief summary of some of NDCGA’s accomplishments this session, which were discussed more in-depth on the webinar:

The North Dakota Corn Growers Association was actively engaged at the capitol all session, ensuring our members’ concerns and priorities were addressed.

All members are invited to join our webinar, moderated by board member and State Representative Paul Thomas, for a review of the 67th Legislative Assembly.  NDGCA’s full-time lobbyist Lance Gaebe, board president Rob Hanson, and other ND legislators will take part in a panel discussing the key bills NDCGA supported or opposed and the outcomes of the legislation.  Hear also perspectives from invitees Senator Larry Luick, Senator Terry Wanzek, Representative Dennis Johnson, and Representative Mike Brandenburg on the panel, as they provide an outlook on how the legislation of this session aligns with NDCGA priorities.

This is a members-only webinar, so join/renew at www.ndcorn.org/corngrowers.

Members can register HERE.  (Reminder: the Zoom link will only be sent to ACTIVE members.  Contact Kari at to check your membership status.)

The 67th Legislative Assembly of the State of North Dakota adjourned just after midnight on Friday, April 30. It was the conclusion of the 76th legislative day. The state constitution limits the legislature to meet for 80 days, so it left itself four days to use in November or December for legislative redistricting and possibly to allocate additional federal funds.

A total of 914 bills were introduced and acted on this session. Numerous studies were also proposed for consideration during the interim. Legislative Management will meet soon to choose proposed studies to be assigned to interim legislative committees it will form. The interim committees will review policies and ideas prior to the 2023 Legislative Session.

THANK YOU to all members who reached out to local legislators on important ag-related issues. Your participation was impactful and instrumental in advancing ethanol priorities. Please remember to thank legislators for their support.

Highlights, as well as a summary of key bills tracked by the North Dakota Corn Growers Association are linked below with a comprehensive summary of ag-related bills acted on during the 67th Legislative Assembly.

FARGO, North Dakota — The North Dakota Corn Growers Association (NDCGA) board announced at its spring meeting that NDCGA will become a member of the U.S. Grains Council, joining several other state corn grower associations.  Board President Rob Hanson, Wimbledon, and board member Bart Schott, Kulm, will be the designated delegates to represent NDCGA.

As a member, NDCGA will have access to strategic market information and market intelligence, as well as periodic updates on developments in the international markets.  It will have the ability to assist in the direction of Council programs and the development of export markets through participation in Advisory Teams (A-Teams) and Council activities.

It will also help the formation of lasting partnerships in the foreign marketplace created by educating foreign customers through its website, publications, trade teams, workshops, and team visits to the United States.  The efforts of the USGC in working to increase exports means more business for U.S. producers and agribusinesses.  The ample corn supply in the United States the past year allows the country to remain the world’s leading corn exporter.

“Our relationship with North Dakota farmers goes back nearly 40 years, so we are excited to have the Growers Association join our membership,” said Maria Murphy, USGC manager of industry relations.  “The Growers Association will be represented on our A-Teams so they are already showing a willingness to get involved with the Council’ mission to develop markets, identify trade, and improve lives.

Mark Seastrand, a USGC barley sector director from Sheyenne, ND, expressed excitement about NDCGA’s new involvement with the USGC.  He said that working with customers overseas to not just sell a product, but to establish a relationship, is a pillar of the Council’s work—no matter what the commodity.

The U.S. Grains Council develops export markets for U.S. barley, corn, sorghum, and related products including distiller’s dried grains with solubles (DDGS), and ethanol.  The USGC operates programs in more than 50 countries and the European Union.

The North Dakota Corn Growers Association is the farmer-led membership organization focusing on policy that impacts North Dakota corn producers.  The NDCGA board of directors consists of fourteen growers from seven districts, along with three at-large and three industry directors. 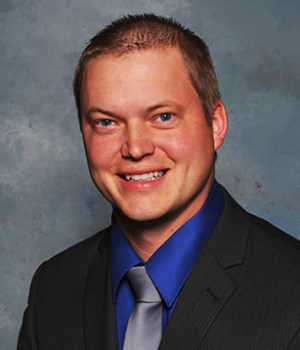 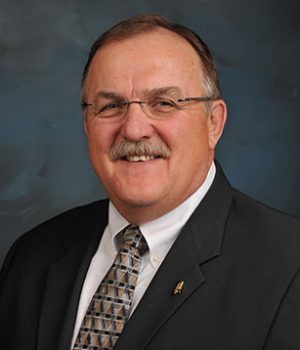 The request for proposals for Leadership Assessment consultant(s) is currently open.