The European corn borer (Figure 1) is a significant pest of corn, as well as other crops, including potato, millet, and many vegetables. For all agricultural crops attacked, European corn borer costs growers in the U.S. over 1 billion dollars annually due to yield losses and control costs. Yield losses due to European corn borer infestations are primarily due to tunneling in stalks and ear shanks that result in physiological stress and stalk breakage and dropped ears prior to harvest. 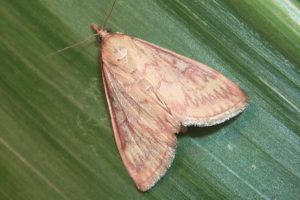 More corn growers are using non-Bt corn to help reduce input costs of corn production. Using non-Bt corn could increase the risk of European corn borer infestations since the transgenic traits are not in the corn plant for insect protection. The goal of this research is to use commercially available pheromone traps (Figure 2) to monitor for European corn borer in corn fields, especially non-Bt corn, and to indicate the risk of corn borer infestations for corn growers. This is similar to the trapping strategy used for corn rootworms where a capture rate of six or more beetles per trap per day indicates that a high corn rootworm population is expected for the following year. Then, a pest management tool can be implemented to protect the following year’s corn crop against corn rootworm.

The ScentryTM Heliothis trap was used to monitored for European corn borer moths. Traps were set out in the grassy margins of the corn fields in the following 10 counties of east central and southeast North Dakota: 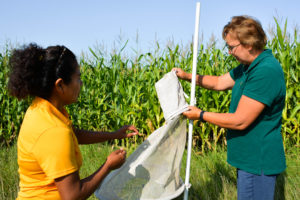 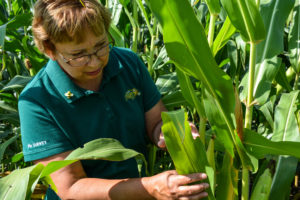 Trapping result of European corn borer moths were mapped over time to show seasonal trends, and posted on the NDSU Extension IPM website for viewing by growers and crop managers (https://www.ag.ndsu.edu/ndipm/corn). New releases were also available in the NDSU Extension Crop & Pest Report.

In conclusion, pheromone traps demonstrated value in monitoring European corn borer populations in corn fields by indicating when the pest was present and its relative density. 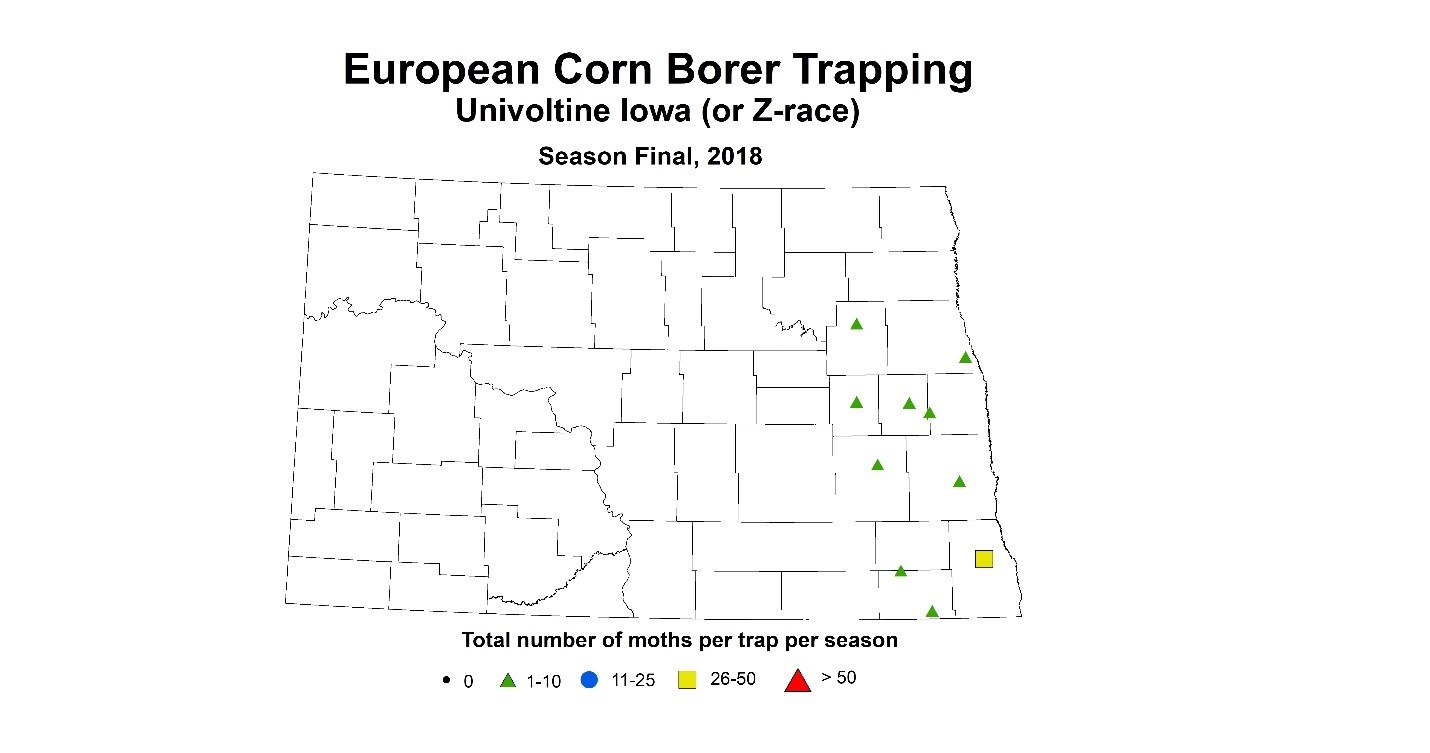 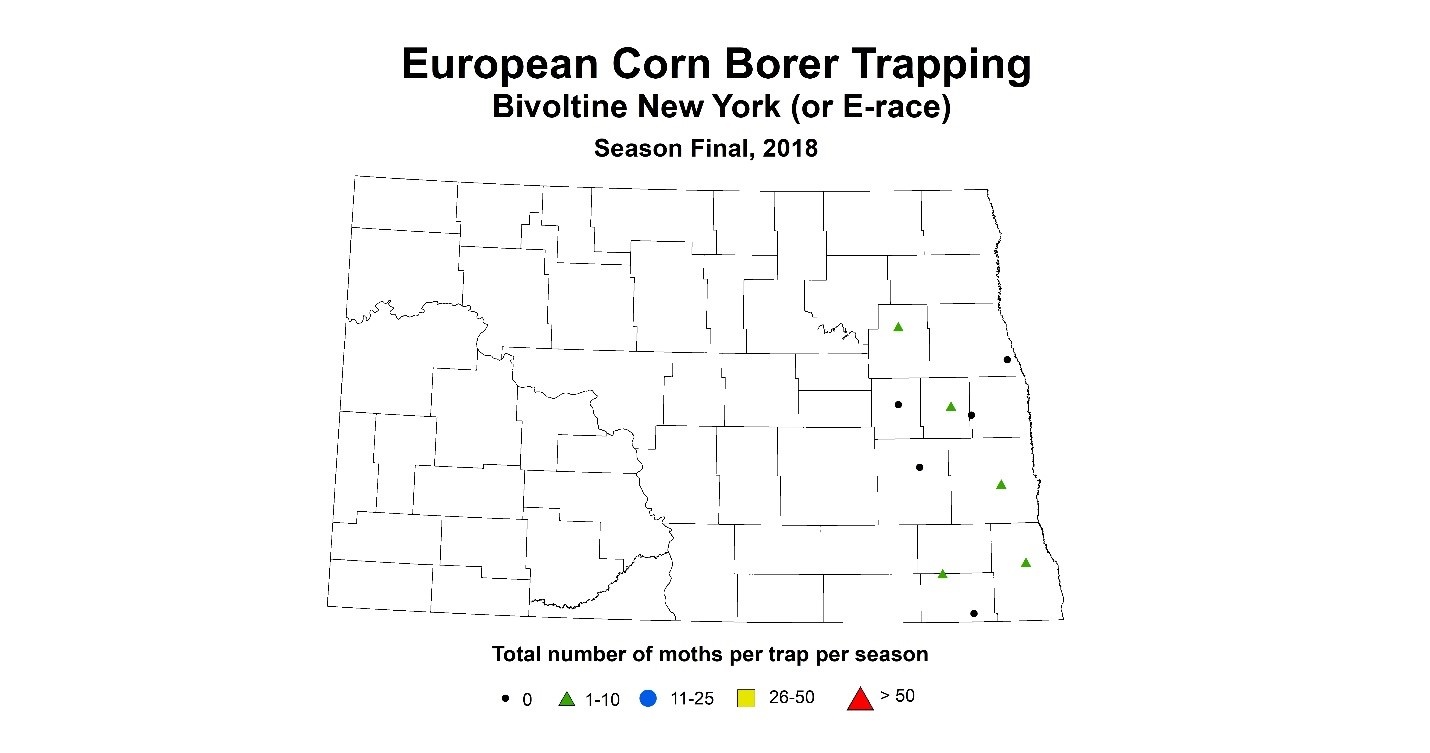