Poor growing and harvesting conditions this year have North Dakota producers concerned about the test weight of their corn.

“Many factors influence the measured test weight of corn, including the physical characteristics of the kernel such as size, density, shape and surface of the kernel,” says Ken Hellevang, North Dakota State University Extension agricultural engineer.

Hybrid differences can affect test weight. As grain dries in the field or the dryer, test weight naturally increases as long as kernel integrity remains intact. Test weight increases as grain dries partly because kernel volume tends to shrink with drying, so more kernels pack into a volume bushel, and partly because drier grain is slicker, which tends to encourage kernels to pack more tightly in a volume bushel.

“Starch is heavier than moisture,” Hellevang notes. “As the moisture decreases, the kernels shrink, allowing more kernels with a higher weight to occupy a volume bushel or test weight container.” 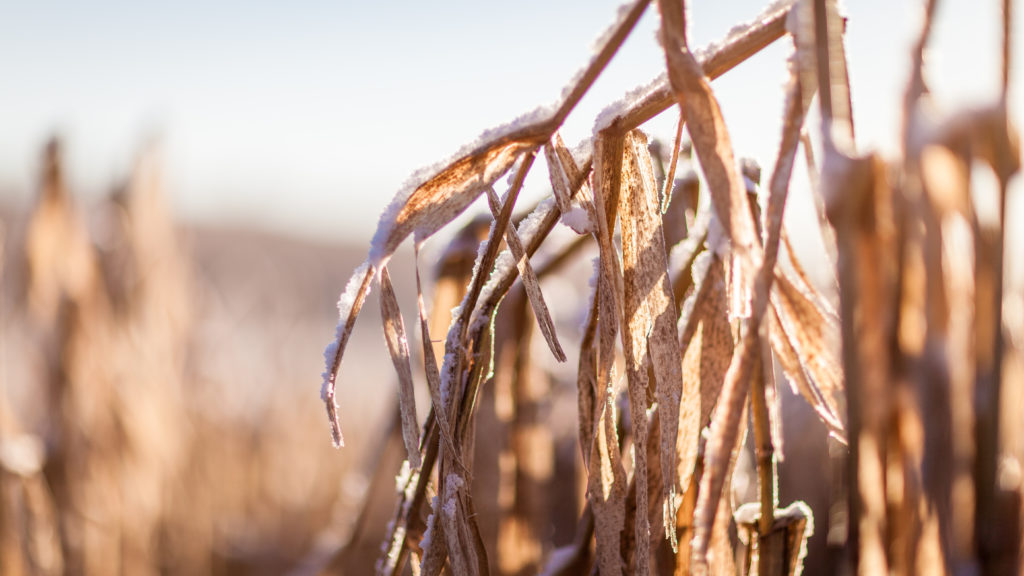 How much the test weight increases as the corn is dried is variable. Factors such as hybrid, amount of mechanical damage during combining and “gentleness of drying” are primary factors. The test weight of corn with a high percentage of damaged kernels will increase less than corn that is hand shelled. Corn at higher moisture contents and cold temperatures likely will have more mechanical damage.

Other factors influencing test weight include plant stresses caused by diseases, insects, soil fertility and environmental conditions. Drought stress tends to decrease the test weight because it affects the photosynthetic process. Anything that impacts the movement of nutrients to the kernel during grain fill or degrades the integrity of the kernel can affect test weight.

Heat and drought stress tend to decrease test weight because they affect the photosynthetic process and reduce kernel weight. Below-normal temperatures during final kernel filling impacts the photosynthetic process, resulting in less than optimum starch deposition in the kernels. Higher temperatures after physiologic maturity or black layer tend to increase the test weight if kernels are mature.

Do a search for NDSU grain drying and storage for more information.

Some producers are thinking about leaving their corn unharvested for the winter. Here are some factors Hellevang says they need to consider:

Field drying is extremely slow during winter months and corn will dry only to about 20% moisture content, based on the equilibrium moisture content for the average monthly air temperature and relative humidity conditions in North Dakota. Corn that remains in the field during the winter may dry from 25% to 30% moisture in November and to 17% to 20% when harvested in February and early March.

Corn losses will depend on stalk strength, ear shank attachment to the stalk, winter conditions and wildlife. Go in the field and check the corn by pushing on the stalks and pulling on the ears before deciding to leave the corn. Accumulated winter snow adds water to the soil as it melts. Plus, standing corn shades the ground, which reduces drying and may lead to wet fields in the spring, so consider harvesting the corn before the ground thaws.

Leaving the corn unharvested may not be cost effective. Estimate propane drying costs per point of moisture removed per bushel by multiplying the propane cost per gallon by 0.02. For propane at $1.50 per gallon, the propane cost would be $0.03 per bushel per point of moisture removed. If corn is dried 10 percentage points, that is a cost of $0.30 per bushel. If the corn price is $3 per bushel, the $0.30 drying energy cost is equivalent to a 10% ($0.30/bushel / $3 = 0.10 = 10%) field loss during the winter.

The ability to plant on time in the spring could be affected by leaving corn standing.