The North Dakota Corn Utilization Council (NDCUC) has provided financial support to conduct research on Goss’ wilt, a bacterial disease that can result in significant yield reductions. Goss’ wilt was first identified in ND in 2011 and has been observed in most corn producing regions throughout the state. The disease can be identified by looking for water-soaked lesions with freckles. Lesions eventually will turn necrotic (brown) disrupting photosynthesis and reducing yield. Goss’ wilt is often observed in pockets in the field (Figure 1), field margins, or areas near last year’s corn residue. Given the important of the disease, NDCUC funded research has investigated the prevalence of the disease in the state, assessed yield loss potential and evaluated aggressiveness differences from field samples. Here are some of the highlights from the research. 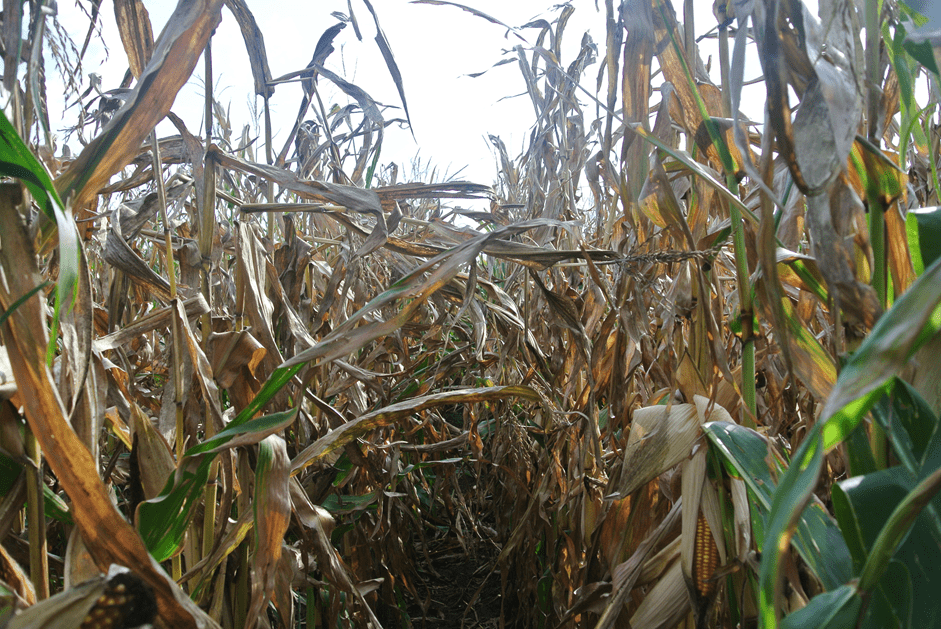 Figure 1. Pocket of Goss’ wilt found in a field during the 2018 survey.

Field surveys have been conducted since 2014 to help document corn diseases in ND. Department of Plant Pathology personnel visit approximately 100 fields each year and reported the diseases that occurred in each field. Goss’ wilt, common corn rust, common smut and northern corn leaf blight were commonly observed in corn fields over the past five years. Of these four diseases, Goss’ wilt was the only disease posing an economic threat and the amount of fields with this disease has increased since 2016 (Figure 2). 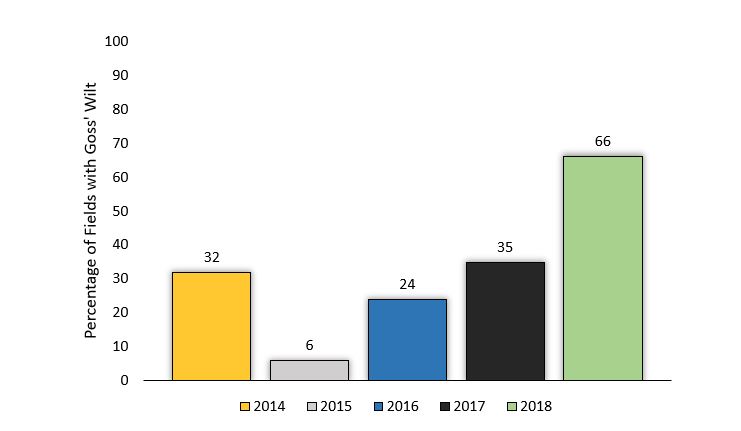 Six field trials were conducted and to investigate the amount of yield loss that occurred from Goss’ wilt. Three sub-88 day hybrids with different susceptibility ratings to Goss’ wilt were selected and infected with the pathogen at V6-V10 or R1. The results showed that hybrid resistance is an extremely important tool when managing Goss’ wilt as the susceptible hybrid when inoculated at V6-V10 had an average yield loss of 34% across high disease locations, while the resistant hybrid had 6% (Table 1). The results also demonstrated that if Goss’ wilt is first noticed late in the season (after R1) yield loss is considerably less for a susceptible hybrid. This data can be used to assess yield loss in areas of a field with high levels of Goss’ wilt.

3. Aggressive Differences in the Goss’ Bacterium

Just like certain bacteria in human can be aggressive (the rate a pathogen can cause disease), plant pathogens can exhibit similar qualities. Goss’ wilt samples (isolates) were collected in 2012-2017 from fields across ND and used for aggressiveness experiments at the Ag Experiment Station Greenhouse near the NDSU campus. The goal of the experiment was to determine if isolates differed in aggressiveness in a three week span. To do this, lesion length was measured several times after infecting corn tissue (Figure 3). There were noticeable differences among the isolates with final disease lesions ranging from 0.9 inches to 21 inches. The most aggressive isolates were not specific to one region of ND suggesting that the state does not have areas with a more aggressive population. 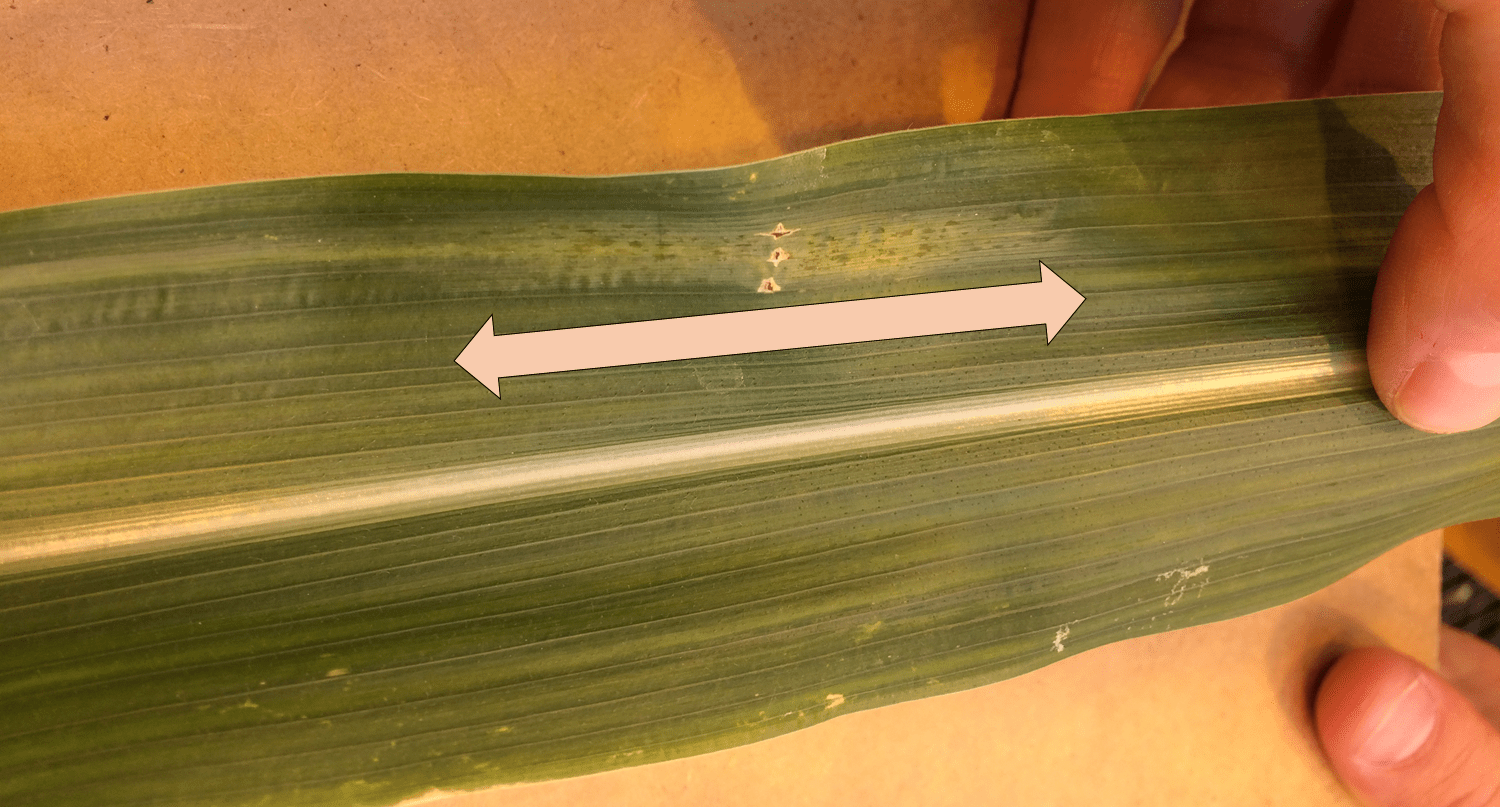 Figure 3. A young Goss’ wilt lesion four days after an infection event. The lesion also has the characteristic freckles. 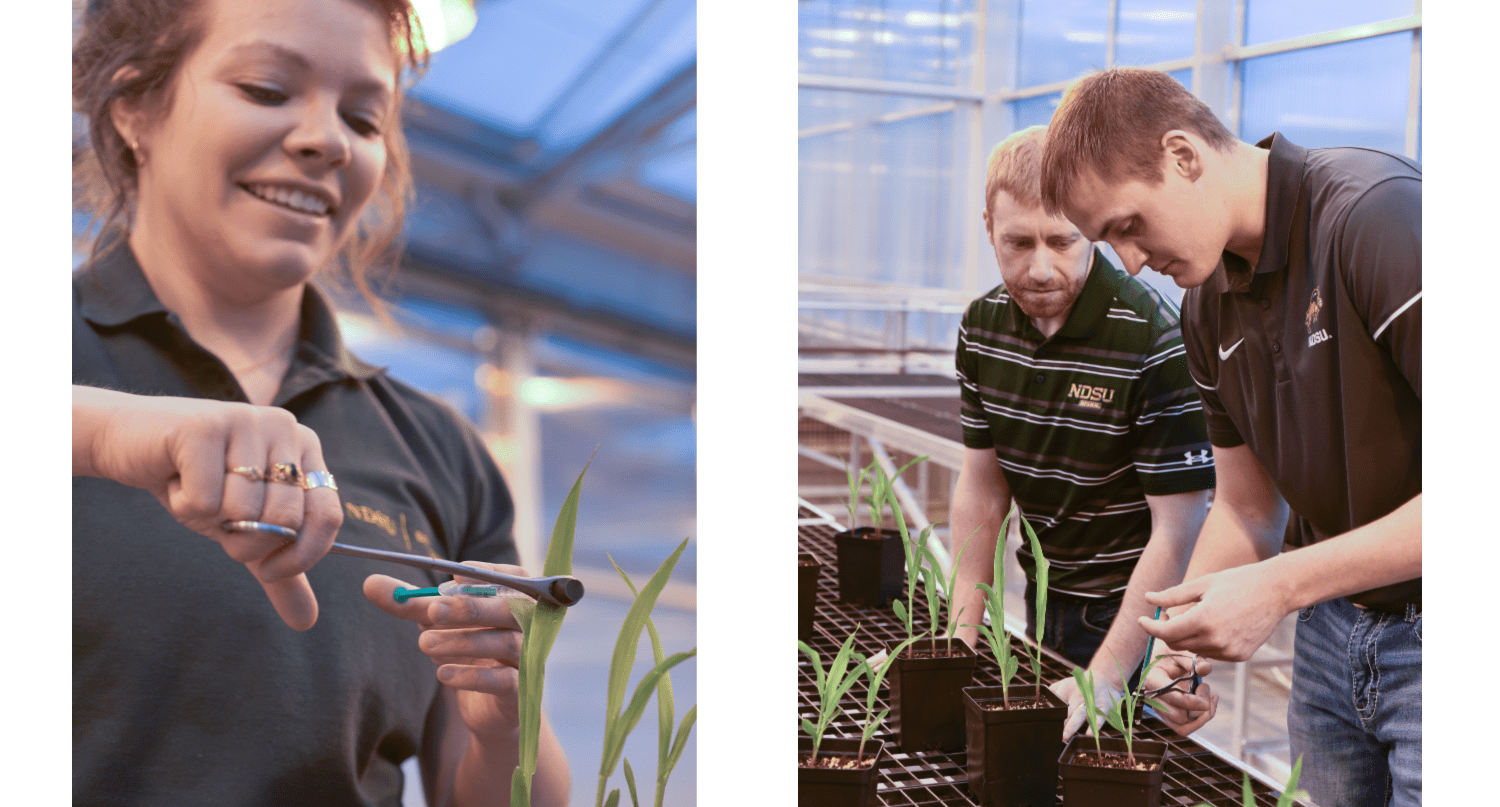 It is safe to say that Goss’ wilt is the corn disease we will be managing for the next several years. The disease has been found in heavy corn acreage counties in southeast ND and areas extending across the state to northwest ND. However, there is good news. Goss’ wilt can be effectively managed using an integrated approach! The most important management tool in the arsenal is hybrid resistance (demonstrated in the yield loss studies).  Host resistance can limit the amount of pathogen infection reducing the impact of this disease. Other tools that help reduce Goss’ wilt are crop rotation (ie: plant after a broadleaf or small grain) and residue management.